When Ernesto Colnago released the Colnago C40 he started a revolution.

Before, carbon fibre has been seen as the future of cycling and there have been loads of experiments going on since the 1970s. But to that point no carbon fibre bike proved so safe and light at the same time, that it was suitable as a professional team bike. Well constructed enough to equally compete in the mountains and the classics of Flanders.

1994, to celebrate the company’s 40th birthday, the C40 was first presented to the public. A construction of profiled carbon fibre tubes, fitted together by well proportioned carbon fibre lugs and steered with a high tech Columbus steel fork. And it became available in an unbelievable amount of paint schemes. All paintjobs were carried out by hand and found the company some extra fame.

His best season was 1998 when he won the national championship for the second time and returned to the Tour de France to win four stages. The point jersey would also have been his, as the people in front of him all admitted to doping. He was also national champion in 2002 and 2004 and won five more stages in the Tour.

Steels retired from racing at the end of the 2008 season, during which he raced for Landbouwkrediet – Tönissteiner. In October 2010 it was announced that he would work as a coach for Quick Step.

Here is the full info on the Tom Steels Colnago bike from the Mapei team of 2000. 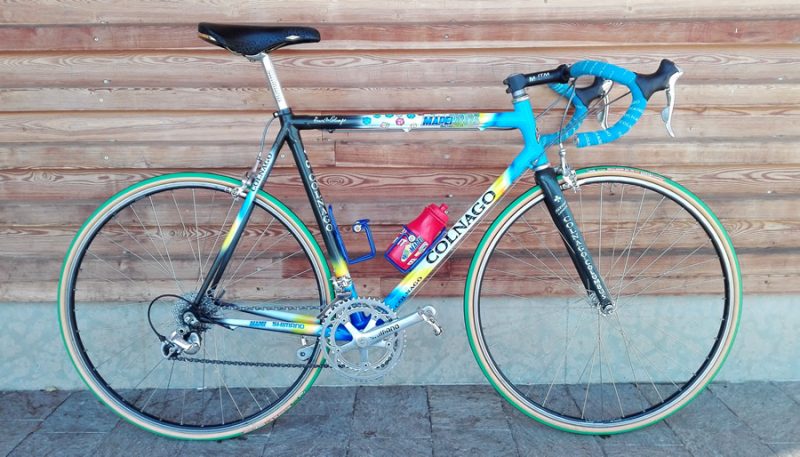 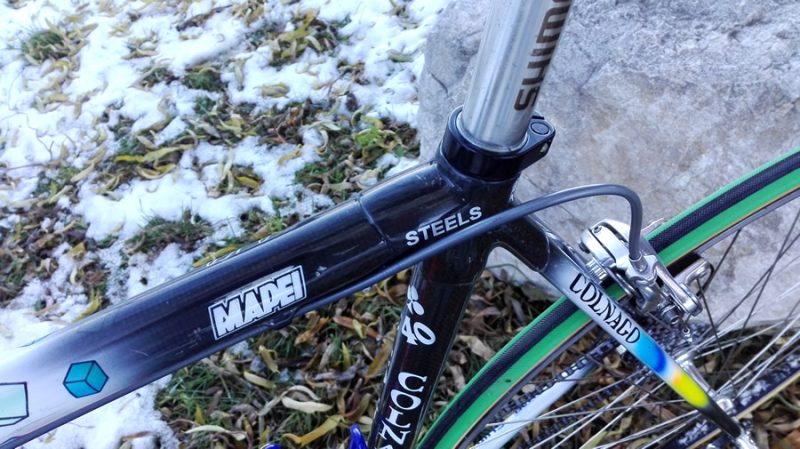 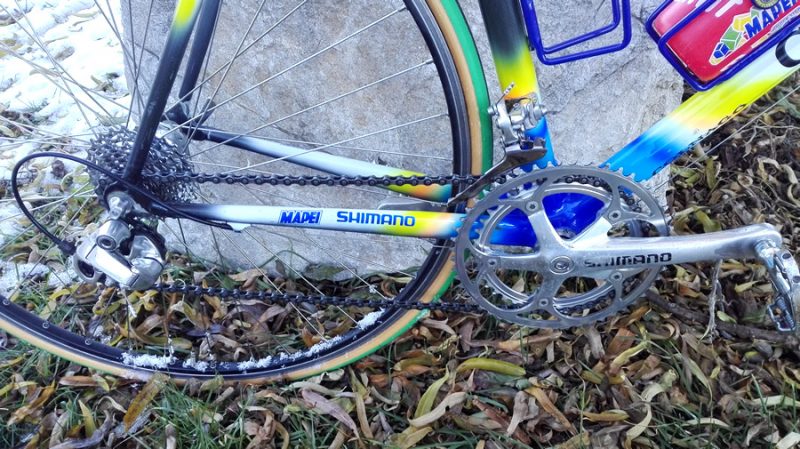 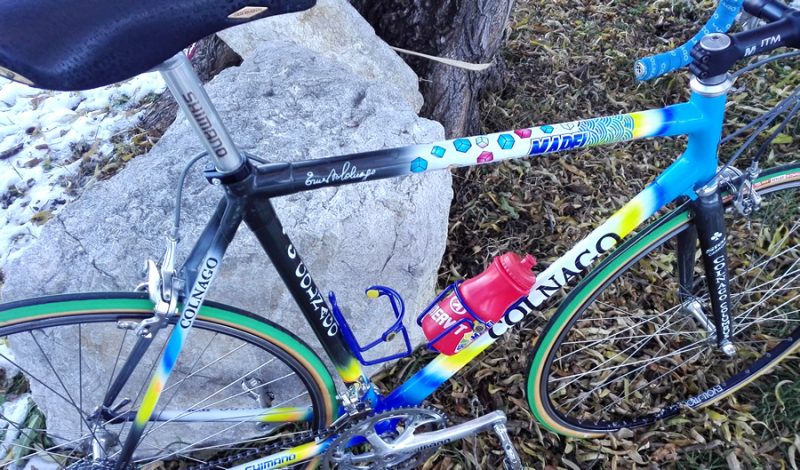 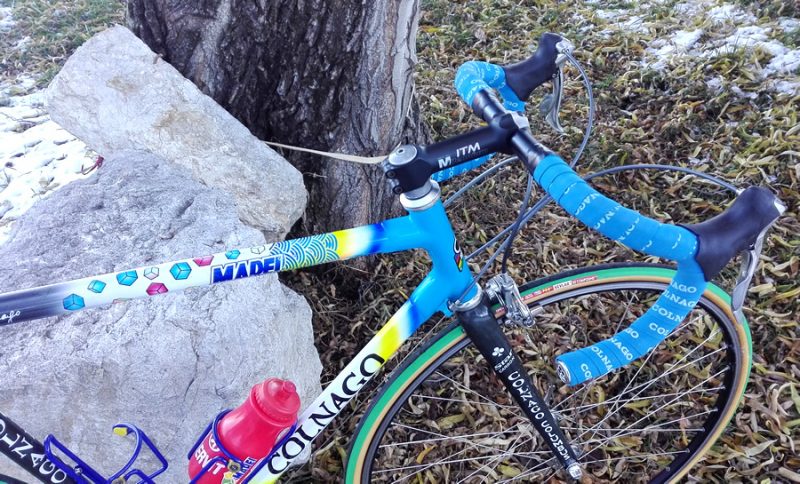 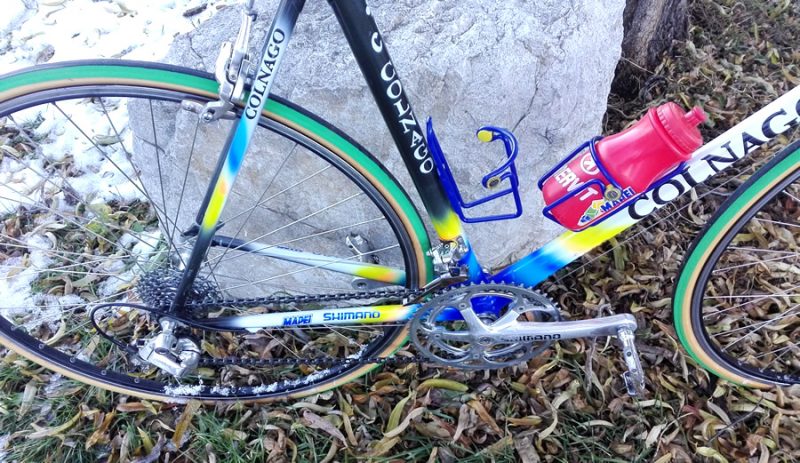 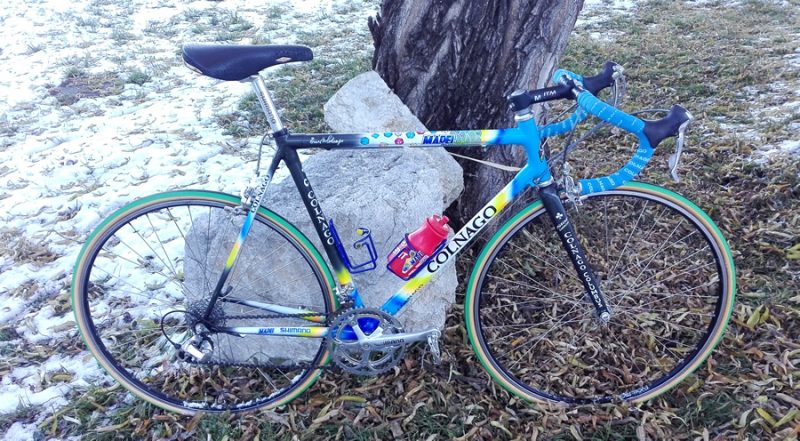 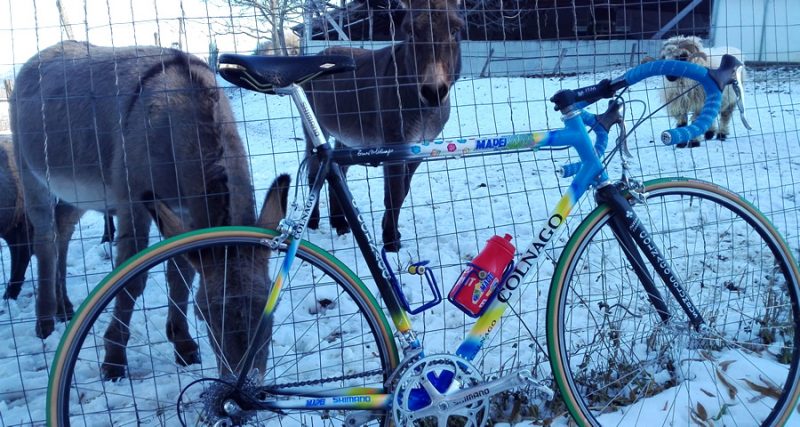 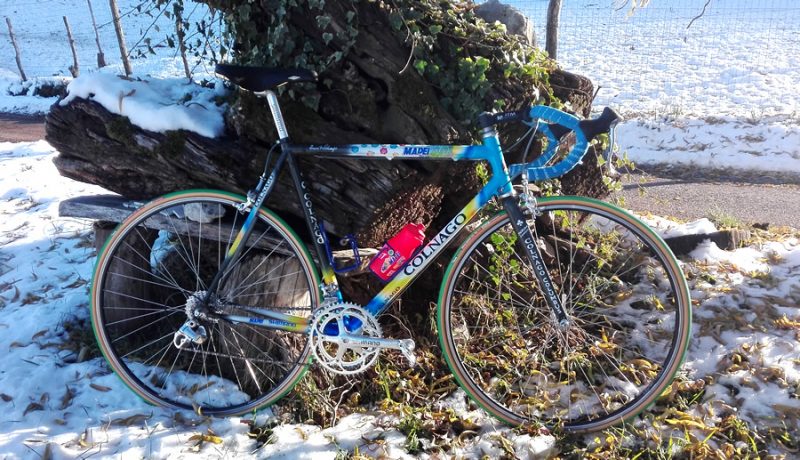